Skip to content
“We have to stop expanding our big cities”

In the first of a series of Rebalance Talks, Andreu Ulied spoke with acclaimed sociologist, Saskia Sassen – known for her research on globalization and international human migration – about mobility cultures and the values that underlie policy and decision making in our cities.

In addressing some of the major global issues relating to urbanism and urban development, Sassen was adamant about one thing:“We have to stop expanding our big cities.” Supporting her claim, according to the United Nations “55% if the world’s population lives in urban areas, a proportion that is expected to increase to 68% by 2050.” In 2009 the UN also estimated that around 3 million people are moving to cities every week. The sheer pace at which there is a global trend towards cities is a clear sign that we need to start thinking more about how to shape urban planning for our incoming and current city-dwellers.

Sassen also emphasized the injustice of long commute times for lower income, working class people. She highlighted the fact that many people who live at the edges of our big cities are continually pushed further from the city center, and have longer and longer commute times, sometimes travelling up to 2 hours just to get to work. They arrive tired, work long hours, return home tired, and do it all again tomorrow. For Sassen, this is simply unacceptable and advises that “we should re-discover mid-size cities.” This makes us wonder: how do we incentivize people to move away from where they live and populate mid-size cities? How do you make a mid-size city attractive and vibrant? How will the pandemic’s use of teleworking shape mobility and migration opportunities? Why are people running rapidly to live in big cities? What are the factors leading to this global trend? How does atomization of agriculture play a role? Is it about culture? The romance of New York and London?

Many people who live at the edges of our big cities are continually pushed further from the city center, and have longer and longer commute times

Another solution for social and mobility injustices proposed was that of creating multi-nodal cities or “15 minute cities” whereby the city center is decentralized and people’s needs are closer to their homes. According to City Monitor, “the 15 minute city is an approach to urban design that aims to improve quality of life by creating cities where everything a resident needs can be reached within 15 minutes by foot, bike or public transit.”

Sassen was asked if perhaps, it is not better, in terms of sustainability, to do the opposite. Instead of moving people away from big cities, perhaps increase the density of cities, which in terms of sustainability, decreases the amount of resources we use as a population. Perhaps cities, when more densely populated, have the ability to operate in a way in which less resources are used for a greater amount of people. This idea, however, does not necessarily take into account social and mobility justice. Perhaps it would be more sustainable, but what is the quality of life in a more densely populated city? Perhaps these are the difficult questions we will be faced with as we continue to shape urban policy and grow as a human population. Do we have to choose between sustainability and social justice? Or is there a way to create healthy, vibrant, 15 minute cities that work towards a more sustainable world?

At the beginning of the conversation Sassen talked about the danger of knowledge silos, and missing that which falls between the cracks of expertise in certain fields. This is an important point and a central goal of Rebalance; to understand our current view of mobility cultures and to how to encourage interdisciplinary discussions that will be key in shaping policy that is based on our current values. Rebalance will continue to grapple with these questions and hopefully gain insight into how to deal with mobility as we speak with Geographers, Urbanists, Economists, Artists, and Sociologists in the coming weeks.

“We need to move beyond thinking of mobility as strictly transportation”

“We need to re-evaluate what we consider universal”

“We have to stop expanding our big cities” 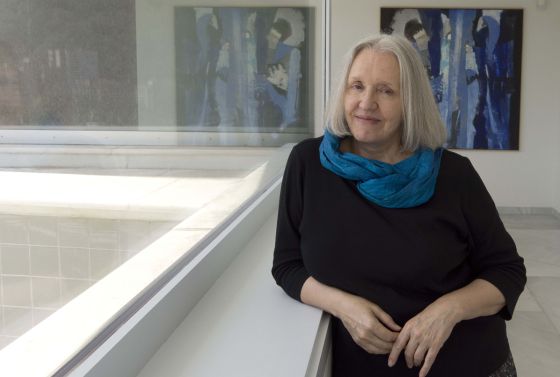 Saskia Sassen is the Robert S. Lynd Professor of Sociology at Columbia University and a Member of its Committee on Global Thought, which she chaired till 2015. She is a student of cities, immigration, and states in the world economy, with inequality, gendering and digitization three key variables running though her work. Born in the Netherlands, she grew up in Argentina and Italy, studied in France, was raised in five languages, and began her professional life in the United States. She is the author of eight books and the editor or co-editor of three books. Together, her authored books are translated in over twenty languages. She has received many awards and honors, among them multiple doctor honoris causa, the 2013 Principe de Asturias Prize in the Social Sciences, election to the Royal Academy of the Sciences of the Netherlands, and made a Chevalier de l’Ordre des Arts et Lettres by the French government.

Watch the full interview below