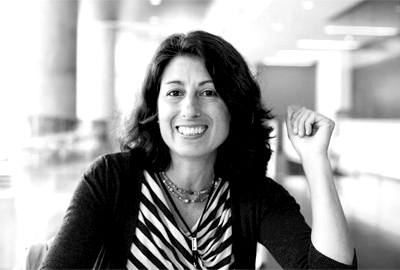 – The mobile itineraries of Knowledge-Scapes

– Some Thoughts on What Comes After a Mobility Shock

– Mobility Justice: The Politics of Movement in an Age of Extremes (Verso, 2018)

– Island Futures: Carribean Survival in the Anthropocene (Duke UP, 2020)

“While we are still in the midst of the immediate emergency response, it is also worthwhile to begin to envision and plan for our recovery and rebuilding process. Mobilities theory is crucial to this planning because we have been focusing for the last fifteen years on the problem of low-carbon transitions and understanding how everyday social practices are embedded in complex systemic change. Changing the ways that we do mobilities will be crucial to the post-COVID-19 world.”

Mimi Sheller, Ph.D., is Professor of Sociology, Head of the Sociology Department, and founding Director of the Center for Mobilities Research and Policy at Drexel University in Philadelphia. She is founding co-editor of the journal Mobilities and past President of the International Association for the History of Transport, Traffic and Mobility. She is considered to be a key theorist in critical mobilities research and in Caribbean studies.

Sheller has published more than 125 articles and book chapters, and is the author or co-editor of fifteen books, including Advanced Introduction to Mobilities (Edward Elgar, 2021); Island Futures: Caribbean Survival in the Anthropocene (Duke University Press, 2020); Mobility Justice: The Politics of Movement in an Age of Extremes (Verso, 2018); Aluminum Dreams: The Making of Light Modernity  (MIT Press, 2014); Citizenship from Below: Erotic Agency and Caribbean Freedom (Duke University Press, 2012); Consuming the Caribbean: From Arawaks to Zombies (Routledge, 2003); and Democracy After Slavery: Black Publics and Peasant Radicalism in Haiti and Jamaica (Macmillan Caribbean, 2000).   As co-editor with John Urry of Tourism Mobilities (2004) and Mobile Technologies of the City (2006) and author of numerous highly cited articles, she helped establish the “new mobilities paradigm.”

She was awarded the Doctor Honoris Causa from Roskilde University, Denmark (2015). She has received research funding from the National Science Foundation, the British Academy, the Arts and Humanities Research Council, the Macarthur Foundation, the Mobile Lives Forum, and the Graham Foundation in Advanced Studies in the Fine Arts. She has held Visiting Fellowships at the University of Miami (2019); the Annenberg School of Communication at University of Pennsylvania (2016); the Penn Humanities Forum (2010); the Center for Mobility and Urban Studies at Aalborg University, Denmark (2009); Media@McGill, Canada (2009); the Davis Center for Historical Studies at Princeton University (2008); and Swarthmore College (2006-2009).