REBALANCE has the ambition to devise a vision for an “alternative mobility culture” at 2050, and subsequently draft a pathway towards its implementation.

The vision presented here is built on three main pillars:

The Vision, as has been stated in the previous lines, summarises the foresight exercise carried out in the project, and anticipates ideas for the final Manifesto based on the assumptions that ethics should be back at the centre of economics, political imagination is needed to expand our moral community and a better understanding of mobility cultures would provide for a more human-sensitive political decisions.

The Vision for rebalancing mobility cultures by 2050 is structured into two different levels. The first level is based on five main cornerstones which support the overarching objective of imagining a new transport paradigm that reclaims the proper place of culture in the policy-making process:

We are witnessing a cultural change in mobility in Europe. Not only a new trend, but a major change in what mobility is, and how time is experienced, in Europe. We find the same aspiration for a rebalanced way of living and working in the Green Consumerism, the Social Corporative Responsibility and ESG (Environment, Social and Governance) assessment of private investments, the promotion of Environmental Cultures, Slow Food and Slow Cities in the Slow Movement, Slow and Fast Thinking in Psychology, Behavioural Economics, the emphasis on place-making instead of functional urbanism, and Humanistic Engineering. These social movements are part of the cultural change and are likely to keep growing.

This double-edged relationship means that expanding opportunities, creativity and freedom are accompanied by growing constraints. Here we have an important cultural shift: constrained mobility is increasingly seen as a burden, just as the desire for infinite productivity and efficiency, and at the same time the dark side of mobility is under greater attention. This shift is part of a larger cultural change that aims to rebalance the visions of Vita activa and Vita contemplativa, two confronting ways of understanding human condition. Rebalancing activity-related values with more contemplative-related values is already present in western cultures since Aristotle mesoteti, or medium-term understanding of virtues. Aurea mediocritis avoids the excesses of too contemplative or too active ways of living.

Critical revisitation of speed and efficiency

Speed, and fluidity, the paramount values of modernity, need to be surpassed. Positive values attached to Vita activa have been dominant since Modern times: lightness, quickness, exactitude, visibility, and multiplicity. Now we begin to see the need for balancing these values. Questioning “speed” does not entail that future policies must consistently aim at slowing down any movement, it is rather intended to shed light on the relative marginal value of increasing the speed of physical movement and on the need to reconsider the social value of speed in relation to other values such reliability, safety, conviviality, and public health (sometimes called the sufficiency-paradigm). The kind of society we live in is easily visualised by how we move. It is in public transport stations and vehicles, in public spaces, and facilities, were people from different income-levels, age, gender and cultural origin meet together. Hospitality and conviviality is therefore as critical for the quality of a transport system as it is efficiency.

The development of the technological sphere around individuals contributes to detach them from their environment, from places, from people. The flow of people, information, freight, material resources and energy are increasingly interconnected and interdependent, to the point that physical distances are subverted and the connection to networks often matters more for interaction than the spatial distance. Emerging technologies, in particular ICT development, overthrown former certainties regarding needs, desires and motivations to move or not. The ICT proliferation is constantly changing corporeal mobility needs in daily life for all age ranges and people’s potential movement is currently reliant on access and, personal aptitude and skills the use of ICT. The concepts we still use in transport planning, largely inherited from the late sixties, will become blurred due to technological and organisational changes. The significance of public and private, collective and individual, infrastructure and service, user and producer, will become less meaningful.

Acceleration affects groups, classes and sectors differently. It is likely that society become divided by those able to control their own time and mobility (the “kinetic elite”) and those unable to do so, either those always-on attached to standardised schedules, and those unplugged. Mobility injustices will spontaneously tend to grow if we do not react. Many people who live at the edges of our big cities are continually pushed further from the city centre. As a result, their commute times are growing, sometimes up to 2 hours of travel just to get to work. They arrive tired, work long hours, return home tired, and do it all again tomorrow. This is simply unacceptable and we should re-discover mid-size cities.

The second level of the Vision consists of a set of secondary values and desires that depend on the aforementioned five cornerstones and how these (may) provide direction into policies and measures. The elements of this level help devise the “mobility turn” to generate long-term cultural change in the way we understand mobility and take personal, business and policy decisions:

Mobility involves human experiences. From efficiency as key political aim, people-centered mobility policies should emphasise values such as wellbeing and equity, be more sensitive to human needs and wishes, and reflect the cultural change.

The social value and political relevance of public health benefits due to active mobility may overpass the costs of increasing time spent travelling and make the most of the relationship between modernity and mobility.

Transport policy can no longer be determined soley by speed and efficiency. Public interest can be better assessed by exploring restoration of cultural landscapes and ecologies as well as by valuing the imperfect way that humans move through this world. The unexpected delay can prove to be meaningful travel time.

We risk to live in a time of more radical dyschronicity. Technology may produce more place detachment and time alienation. It also may lead to a growing dispairty in access to transportation as digital literacy is not universal. New transport technologies should assure affordability in order to allow all people to move by themselves. Emerging technologies will play a crucial role in terms of inclusion and exclusion.

Transports systems must aim at mobility justice by having human-centered systems, more sensitive to the needs and wishes of each traveller, favouring customised mobility. The main values to be considered are hospitality, conviviality, proximity, safety, and user friendly. 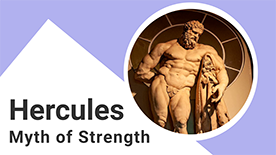 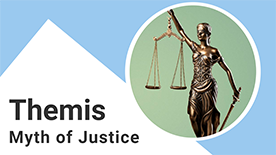 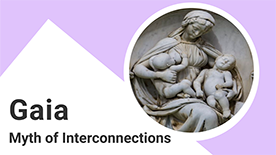 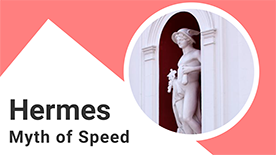 Transition to the Vision

If we look back at the four scenarios, we can clearly see that our current paradigm would be similar in many aspects to Hercules. The future evolution, if we continue to “do nothing” in the sense of following the same lines of the past and the present, is likely to move closer to Hermes. However, preferences and desires of the participants in our research show a clear determination towards switching to the other side of the power and politics axis. This translates into a Vision that is placed halfway thorugh Themis and Gaia with a slight inclination to the latter. 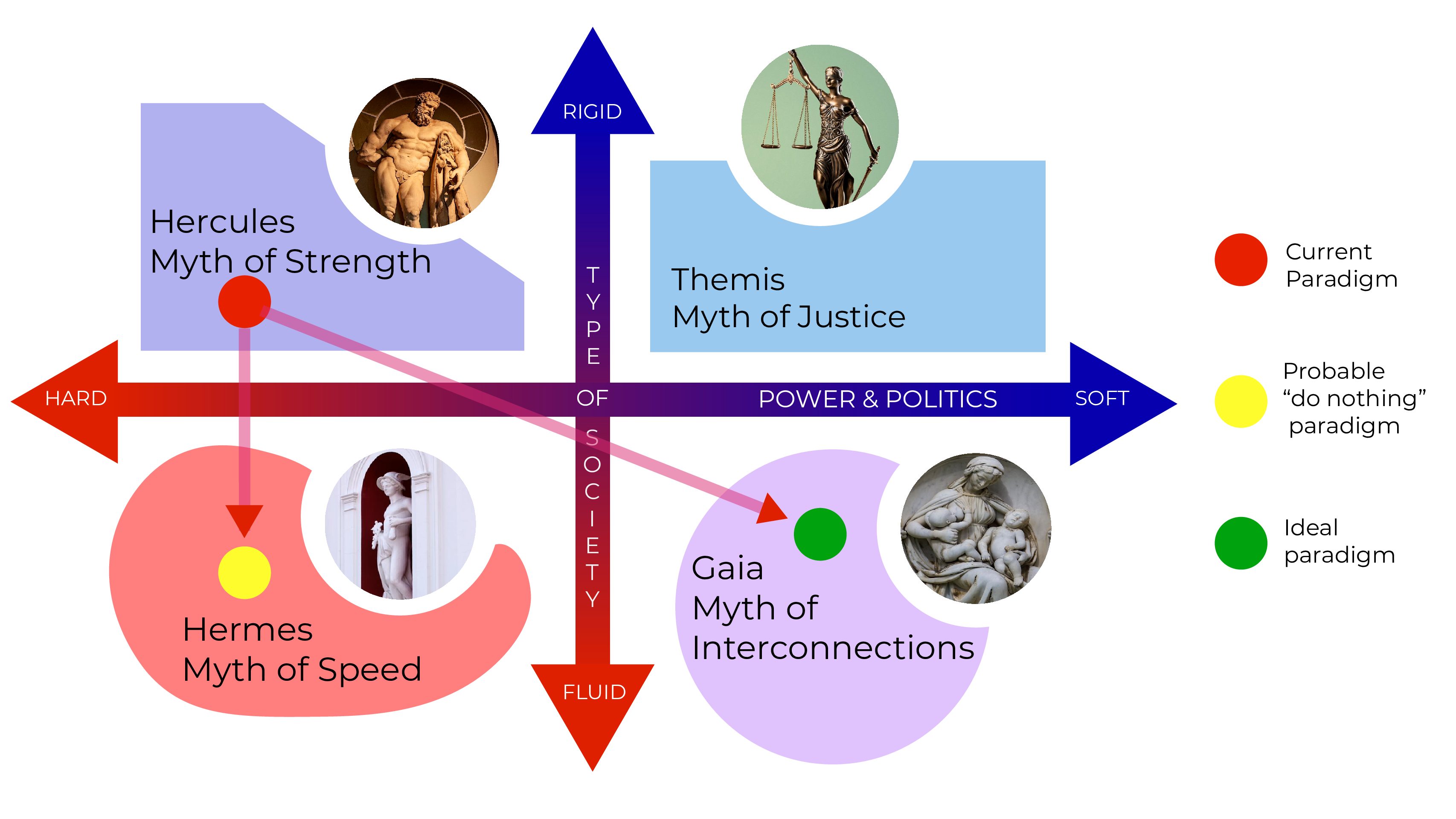 The vision presented in this report is the second step towards to drafting of the REBALANCE Manifesto for a new mobility culture. It follows the critical identification of the main elements of the current model, and feeds into the elaboration of a possible pathway (the Roadmap) towards a new mobility paradigm. 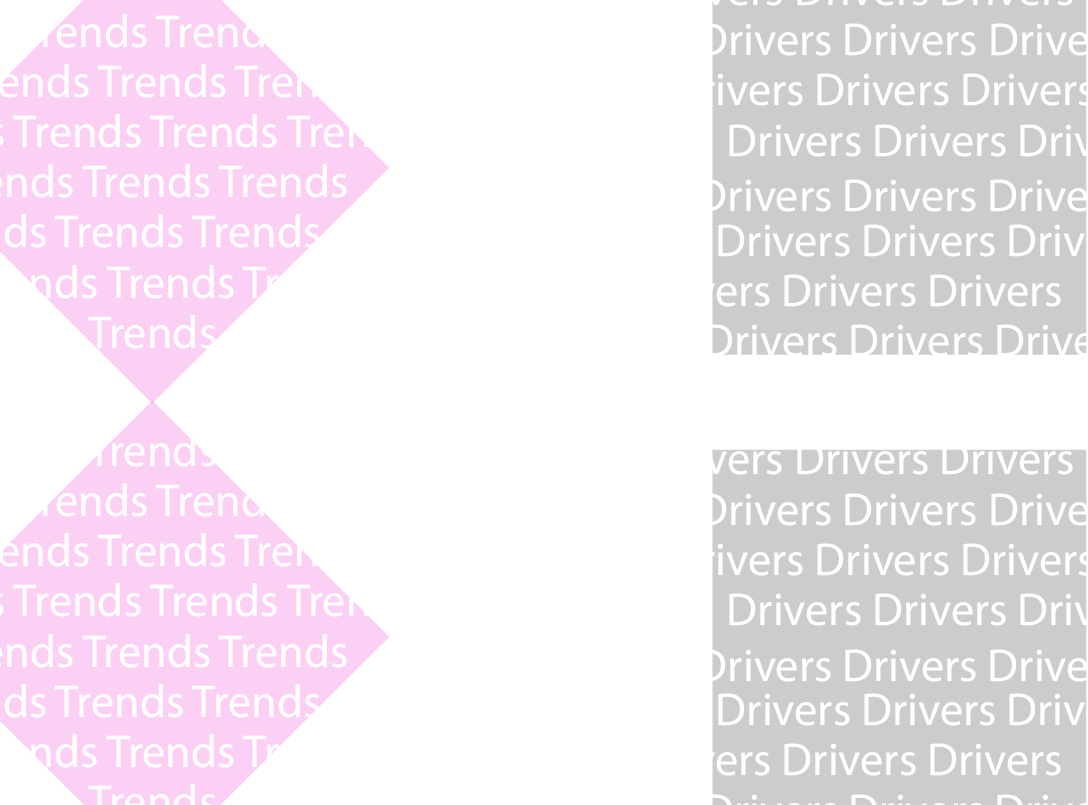 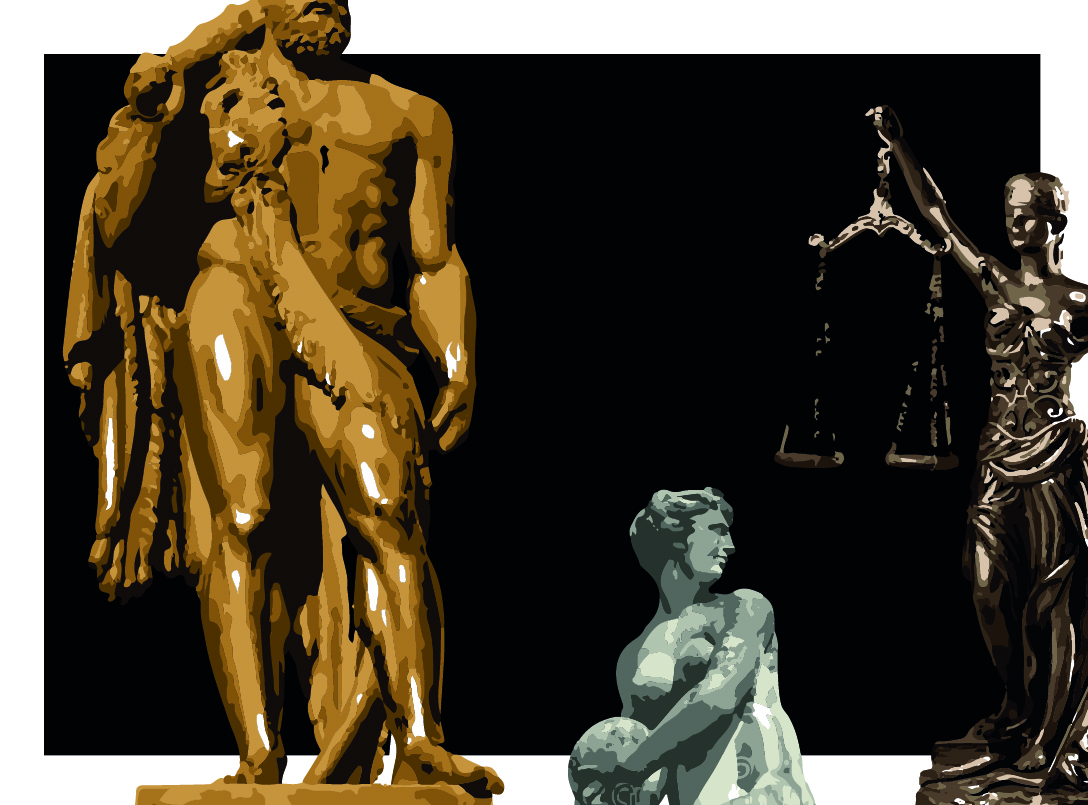 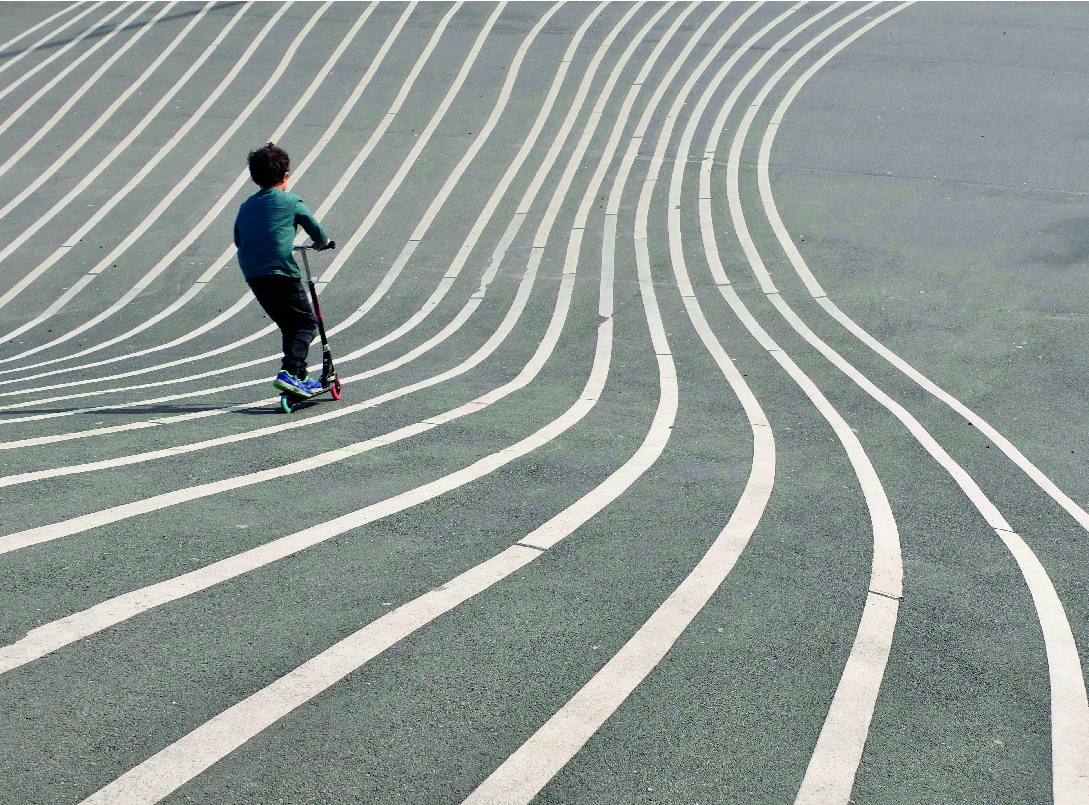