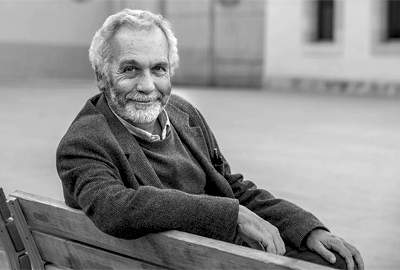 Those who cannot stay at home: urban mobility and social vulnerability
in Barcelona during the COVID-19 pandemic

“The study of the variation of urban mobility patterns during the COVID-19 epidemic would suggest that in a situation in which low – and not high – mobility becomes a precious asset to protect one´s own health, the difficulty of the most vulnerable population to reduce their displacement – to “stay at home” – also becomes an expression and a reason for social exclusion”.

Oriol Nel·lo is a geographer specializing in urban studies and land use planning, topics on which he has published a number of books and scientific articles. Trained at the Autonomous University of Barcelona (PhD in Geography) and at Johns Hopkins University (Master in International Affairs), he has been director of the Institut d’Estudis Metropolitans de Barcelona (1988-1999), Member of the Parliament of Catalonia (1999 -2003) and Secretary for Territorial Planning of the Government of the Generalitat de Catalunya (2003-2011). He is currently a full member of the Institut d’Estudis Catalans and a professor at the Universitat Autònoma de Barcelona, ​​where he rejoined in 2011 to teach undergraduate, postgraduate and doctoral studies from the Department of Geography. He also directs the Research Group on Energy, Territory and Society (GURB) at the UAB. In recent years, he has also been a visiting professor at the School of Environment and Development, Manchester, the Istituto Universitario di Architettura di Venezia and the Dipartimento di Architettura of the University of Sassari, as well as a lecturer at universities in Brazil, Spain, Italy, Great Britain, Mexico, Portugal and Chile.