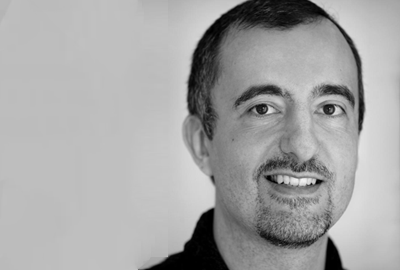 – Existential vs. essential mobilities: Insights from before, during and after a crisis

– On imagination and imaginaries, mobility and immobility: Seeing the forest for the trees

– Labour migration and tourism mobilities: Time to bring sustainability into the debate

-Theorising Mobility through concepts and figures

“Mobility is formidably difficult for many; sometimes more so than before. To understand mobility, we thus need to pay close attention also to immobility, to the structures (which, once again, shift and move in their own right) that facilitate certain movements and impede others”.

Noel B. Salazar is Professor in Anthropology, Coordinator of the Interculturalism, Migration and Minorities Centre (IMMRC), and Founder of the Cultural Mobilities Research (CuMoRe) cluster at KU Leuven. His research interests include anthropologies of mobility and travel, the local-to-global nexus, discourses and imaginaries of Otherness, heritage and interpretation, cultural brokering, cosmopolitanism, and endurance locomotion. He has won numerous grants for his research projects, including from the National Science Foundation (NSF), the EU Seventh Framework Programme (FP7), the Wenner-Gren Foundation, and the Research Foundation Flanders (FWO).

Salazar is Secretary-General of the International Union of Anthropological and Ethnological Sciences (IUAES), Member of the Executive Committee of the International Council for Philosophy and Human Sciences (CIPSH), Past President of the European Association of Social Anthropologists (EASA) and Founder of AnthroMob, the EASA Anthropology and Mobility Network. In 2013, he was elected as member of the Young Academy of Belgium.

Salazar sits on the editorial boards of, among others, American Anthropologist, Journal of Sustainable Tourism, AIBR – Revista de Antropología Iberoamericana, Transfers, Applied Mobilities, and Pasos. In addition, he is an official consultant for UNESCO, UNWTO and the EU, and serves as an expert member for the European Parliament’s Committee on Transport and Tourism (TRAN), the ICOMOS Cultural Tourism Committee (ICTC) and the UNITWIN-UNESCO Network ‘Culture, Tourism and Development’. Salazar’s academic engagements span all continents and involve the use of multiple languages.