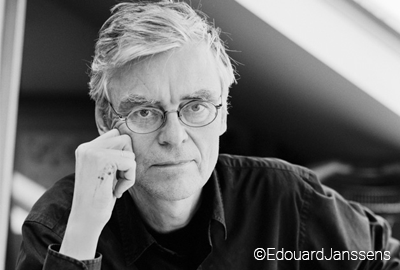 François Schuiten is a Belgian comic book artist. He is best known for drawing the series Les Cités Obscures.

His work has extended beyond comics, having collaborated in the cinematographic field in the graphic conception of the films Gwendolyne (Just Jaeckin, 1984) and Taxandria (Raoul Servais, 1998), as well as being the co-creator of a series television in 3D animation, Les Quarx. He has also created sets for various theatrical shows, designed the Pavillion de l´Utopie for the Expo 2002 in Hannover and has been in charge of the decoration of the subway stations in Paris and Brussels. His work as an illustrator has been collected in the art book El libro de Schuiten.